The UK is awash with exciting food and wine hot spots, from Glasgow and Edinburgh, to Manchester and Leeds. Whether you’re looking for a new site, a new job or simply a place to eat, drink and get inspired, follow our Cities Uncovered series for the inside scoop on the UK’s top foodie destinations. In this edition, we have the battle of the cool and quirky – Brighton versus Bristol. 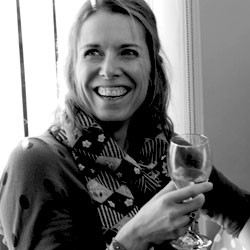 Bristol is a city of extremes. You can enjoy a pint of Wiper and True, a local Bristol beer, in The Canteen in bohemian Stokes Croft while mingling with artists, students and trustafarians, then wander up the hill to well-heeled Clifton, to purchase a bottle of Louis Roederer Cristal Rosé at The Ivy Clifton Brasserie, before heading back down Park Street, to grab a kebab from Jason’s Doner-van…

When The Ivy threw open its doors this summer, there were mixed reactions. Local Michelin-star chef, Peter Sanchez, tweeted asking (and I paraphrase) ‘Do we really need The Ivy in Bristol?’ Judging by the full tables, the answer from Clifton residents was a big fat ‘absolutely’. Bristol has always supported a huge range of independent restaurants and bars, such as Casamia, that sit alongside The Ivy, Bill’s, Wahaca, Hotel du Vin and the plethora of multi-site operators dotted around the Bristol streets.

This year a host of fine dining venues have arrived. Adelina Yard, Wilsons and Bulrush have been the most lauded, carrying on the good work that old favourites such as Bell’s Diner (30 this year), Wilks and Birch have started.

There’s no denying the Bristol food scene has exploded in recent years. Venues such as Clifton’s The Lido, where you can swim in an outdoor pool and sip on a cheeky Maeloc cider, sit comfortably alongside the new Wapping Wharf development, featuring Bertha’s Pizza, Wild Beer Co, Corks of Cotham, Michelin-star chef Josh Eggleton’s new endeavour, Chicken Shed, and more.

Venture further away from the city centre and the local suburban high streets are thriving. Southville is booming, from the Hen & Chicken up to The Tobacco Factory and beyond; Gloucester Road on the north side features the longest road of independent traders in the country; while right on the outskirts in Thornbury is Romy’s Kitchen, the only Indian female chef proprietor in the country (and an MBE).

Let’s not forget the cocktail scene – Hyde & Co blazed the trail for ‘secret’ prohibition bars in Bristol, with The Milk Thistle, HMSS, Hausbar and Red Light now some of the best places to sip a Negroni outside of London… some would say even better!

And yet there is so much more to Bristol, driven by the city’s ethnic diversity – think vegetarian and vegan pop-ups, Grillstock, tapas, a plethora of food markets, Bristol Cocktail week, Harbour Festival, artisan bakers, cheesemongers and local charcuterie producers… All mixed together in this fabulously diverse city. 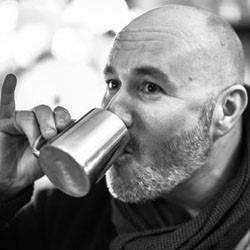 The ultimate day in Brighton

Massive Attack and Banksy, I’ll give them that – credit where credit’s due – but if you want to go eating and drinking, then sorry Bristol but this funky little ‘London by the sea’ has you beaten hands down.

As you walk out of Brighton station, the fresh sea air immediately washes over you, setting the scene for what’s to come. Let’s head down the hill into the bohemian North Laine and grab breakfast at Bill’s. This was their second site opened by Bill himself before he partnered up with Richard Caring’s group (and grew to 74 sites). Don’t go too mad, it’s going to be a long day – although the Bill’s breakfast is epic, washed down with a glass of Bolney Bubbly.

Next, to the seafront, for a trip up the newly opened i360 – a vertical cable car with Nyetimber bar. If you look North West, Nyetimber is 15 miles off in the distance next to the Good Food Guide’s Pub of the Year, The Horse Guards Inn.

Back on the ground, it’s time for the South Lanes and a quick Manzanilla with oysters at Riddle & Finns – think tiled walls, marble table tops, lot of candles and a great buzz.

Now for something more substantial. Around the corner, still in the Lanes, is English’s – one of Brighton’s oldest restaurants. Sitting outside, you can listen to the jazz trio that play in East St Square while sipping some Spy Valley Sauvignon. Two fish and chips with that, please!

After all this seafood, it’s definitely time for some meat. To Hove and The Ginger Pig for the best food in town, and a wine list to match. A quick aperitif, Brighton Gin Martini (which is distilled just around the corner), followed by some Bone-in-Sirloin and Walter Hansel Pinot Noir.

While we need to start heading back to the station, there’s time for another glass of wine at the new Fatto a Mano, the best Neapolitan pizza this side of Campania. I’ll have a glass of the Soave from Suavia, you have the Prugneto Sangiovese.

One last drink, over to Libation for something from their ‘Bubbles List’. The top single vintage Crede Prosecco for me and a glass of Josef Chromy sparkling Riesling for you. The train is waiting, but have we got time for the best contemporary Southern Indian food that you’ll ever try? Probably not… The Chilli Pickle will have to wait until next time.

Which city is your favourite?

Whether you prefer Brighton or Bristol – or love them both! – share this on Twitter and let us know what you think.

Sign up to our newsletter for more from our Cities Uncovered series.