Christmas: how our producers will be celebrating around the world

From festive dishes, to present opening, to giving back to the community - everyone has their own Christmas traditions that they look forward to every year. We asked four of our producers from different corners of the globe what they'll be up to this Christmas.

For Pilar Garcia, Christmas is all about festivities, friends and feasting. 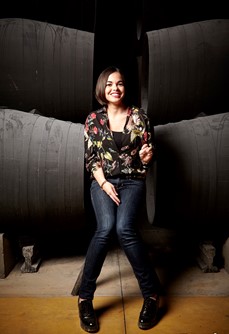 "I love this marvellous season in our region. Because of the weather, there's still a chance that we'll get to enjoy the sunshine on the beach - and the rest of Christmas here is equally extraordinary. The first signs you get that Christmas is coming are the lights. In the first week of December, the whole of Sanlucar de Barrameda (my hometown) and Jerez de la Frontera (where I live) start to light up."

"It's an annual tradition for me to cook every type of Christmas sweet with my mother. Typical examples are marzipan, candied pine nuts, almond muffins, and the traditional Roscon de Reyes - a sweet festive bread in the shape of a ring, filled with cream, chocolate or marmalade, and decorated with candied fruits. Two objects will be baked into this - a black bean (or a 'haba'), and something to represent the king. Every year we'll enjoy this alongside sherry with family and friends, and the person who finds the 'king' is king for the day. But if you find the 'haba', you'll have to pay for the cake next year!"

"Every year, I organise a big lunch on Christmas Eve with childhood friends. We'll eat traditional food like Caldo de Puchero, shellfish, baked fish and typical tapa. When reuniting with friends, neighbours and family, we sing 'Villancicos Flamencos' by a fireplace and dance 'zambomba', a dance named after an instrument that accompanies it - it's a type of mud pot covered with animal skin, containing a long cane when you touch it. We'll eat the Christmas sweets while we sing and dance, and drink a lot of La Guita Manzanilla!"

Kiki Panagioutou from Tsantali paints a delicious picture of Christmas in Greece.

"On Christmas Eve in Greece, children will go from house to house in their neighbourhood, singing kalanta or Greek Christmas carols to the neighbours and giving them their best wishes."

"We don't receive our presents from Santa Claus on Christmas Day. Instead, we're visited by St. Basil (Agios Vasilis), and he arrives a week later, on New Year's Day! It's traditional in Greece to exchange presents on the 1st January instead." 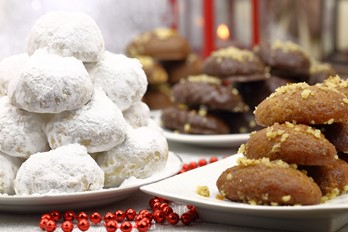 "For our main Christmas meal, we'll often have lamb or pork, roasted in an oven or an open spit. Just like anywhere else in the world, we're great at celebrating Christmas with a huge range of fantastic traditional dishes! On top of some delicious soups and meats, we'll eat kourabiedes (almond cookies) and melomakarona (tasty soft cookies, dipped in syrup), which are typical at this time of year."

"Tradition has it, that during the 12 days of Christmas (up to the 6th January), little mischievous goblins known as 'kallikantzari' come to people's houses, to tease people and create havoc in their homes. They are said to disappear every year on the 6th, when priests visit every religious home to bless them."

It's a traditional Christmas, filled with presents and food, for Diane Caillard.

"In France, and especially in the South, Christmas has some very lively and much-anticipated 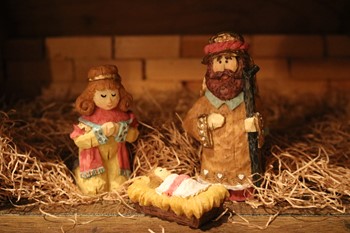 traditions! In each village in Roussillon, a Christmas 'crib' will be set up in the main square and decorated with traditional terracotta nativity figures. Many families will also set up a smaller version in their homes."

"In the past, it used to be the Magi - Melchio, Gaspard and Balthazar - who brought gifts to children on the evening of January 5th. Today, though, we'll be opening our presents on December 24th, as soon as the bells ring for midnight! Some others will wait until the following morning to discover their gifts at the foot of the Christmas tree."

"The Christmas Eve meal is a real treat. One of the most traditional dishes we enjoy is the chestnut capon, accompanied by red wine that we'll carafe for the occasion. After a cheese platter, the highlight of the meal arrives for dessert: the traditional Christmas buche. It's one of thirteen desserts served to symbolise Jesus and the twelve apostles (including nougat, dried fruits, quince paste, tangerines, dates etc.) that make up the feast on Christmas Day!

Charity is at the heart of Christmas, say the team at Craggy Range. 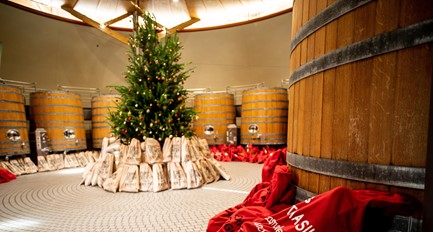 Christmas 2018 saw the launch of Craggy Range's 'A Children's Christmas' foundation. Aimed at making a difference to the 23% of all children living below the poverty line in Hawkes Bay and Wairarapa, Craggy Range managed to raise over 180,000 NZ dollars last year - and they're aiming to do just as well in 2019.

Craggy Range's CEO Mike Wilding told us, "When we get to Christmas time, the chances of those children living in extreme poverty actually getting a Christmas present are very low, unless some people in the community get together and find a way to make that happen. We wanted to do something for the parents, that they could surprise and delight their child with."

The winery will be linking up with local charities, the Hawkes Bay Magpies rugby team, members of the New Zealand fire services, local schools and even former All Blacks. After the initial fundraising, everyone involved - including the winery team themselves - gets together at Craggy Range to prepare the gifts, fill the present sacks, and distribute them across Hawkes Bay and Wairarapa.

"Everyone's just been so on board with this initiative," said Mary Jeanne Hutchinson, Director of Craggy Range. "So a huge thank you, and have a great Christmas!"

In the Christmas spirit?

Why not test your festive knowledge with our Christmas quiz? 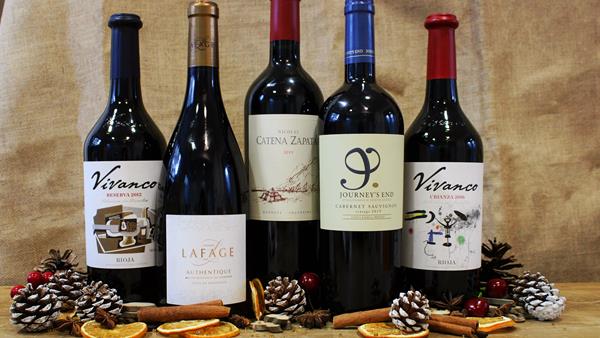 Hearty reds - our pick of the bunch 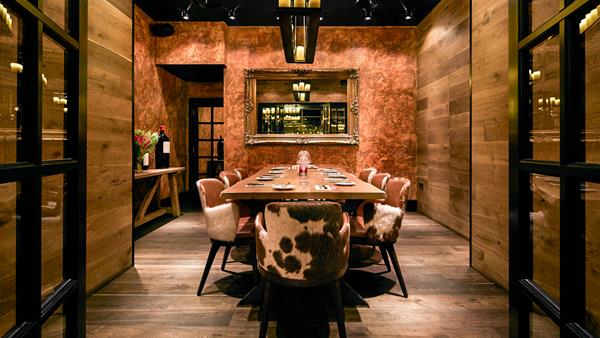