All things sweet, sticky and sherry

We all know that feeling of “I need something sweet” after dinner, but that sweet treat can also be in liquid form! Whether it’s a favourite Port or a splurge on Sauternes, there are plenty of ways to end a festive meal. We’re rounding up a few of our favourites while we count down the days until Christmas.

Possibly Portugal’s most famous export, Port is named after the seaport city Porto in the Douro region, which became an official appellation in 1756, making it the oldest appellation in the world. But the production of wine and trading in Portugal started long before that. The 1386 Treaty of Windsor created a reciprocal relationship between Portugal and England, and by the 15th century, Portuguese wine was regularly being exported to England. By the 1670s, the wine coming from Portugal was commonly referred to as Port.

Port is made by adding a distilled grape spirit, usually brandy, to a wine base mostly made from Touriga Nacional, Tinta Roriz (Tempranillo), Tinta Cao, Tinta Barroca and Touriga Franca. The addition of the brandy raises the strength of the wine to a level where the yeasts responsible for fermentation cannot survive. This stops the fermentation process, and thus not all sugar gets turned into alcohol. By stopping fermentation, the natural sweetness of the grape is retained, and is evident, in the finished wine. Only when made in Portugal’s Douro Valley region, can this type of wine be labelled as Port or Oporto in Europe. All grapes must be grown and processed in this specific region. 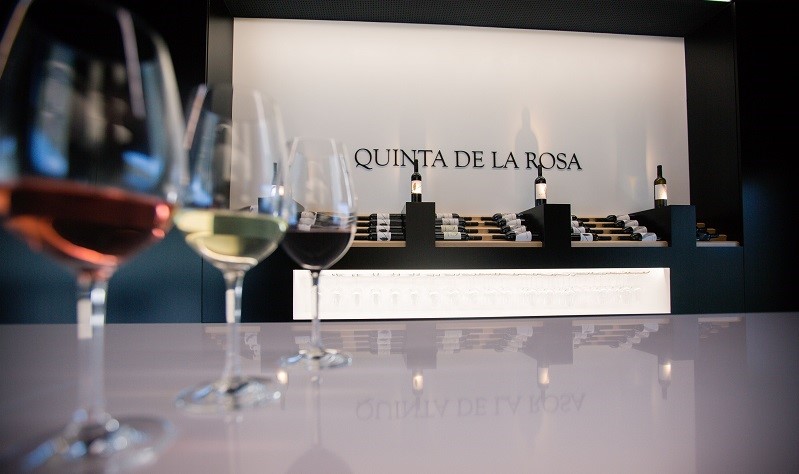 The perfect partner for a festive cheese platter, the  Finest Reserve Port NV from Quinta de la Rosa  is a Vintage Character style blended port of great quality and complexity. It shows succulent black cherries and blackcurrants, along with incredible body, structure and tannin. As ever, there is a drier finish than usual - something that is typical of La Rosa’s house style.

It’s hard to understand why anyone would ever purposefully make this wine – apart from the sweet, sweet reward that is. Ice wine is one of the hardest wines to produce. Working outside in sub-zero temperatures, in the dark, harvesting grapes. After harvesting, the presses are also then challenged by the thousands of icy spheres that have to be crushed. No easy task!

True ice wine requires a cold climate where grapes are harvested frozen on the vine. In Canada, Germany, Austria, and the US, dessert wines are not allowed to be labelled as ice wine if grapes are commercially frozen.

Only about 10–20% of the liquid in these frozen grapes gets used for ice wine. The juice is so sweet (anywhere from ~32–46 Brix), that it can take anywhere from three to six months to ferment the ice wine. Slow and steady wins the race! When it’s all done, wines have around 10% ABV and a range of sweetness from around 160–220 g/L of residual sugar, almost twice the sweetness of Coca-Cola.

The Riesling Ice Wine 2020 from Stratus Vineyards, Canada is reserved and subtle, with classic Niagara aromatics of lime, grapefruit, honey and stone fruits. For a warming treat, enjoy ice wine with a rhubarb or apple pie dusted with cinnamon.

The Stratus winery building in the snow

Tokaji was once one of the most important wines in the world. Coveted by royalty, Peter the Great, King Louis XIV, Catherine the Great, and even Austrian composer Joseph Haydn (who received some payments in the form of wine) – quite the resumé!

In Hungary, the botrytised grapes affected with noble rot are called aszú berries, and they are carefully separated from the rest of the grapes to be used in Tokaji production. Additional flavours developed from the botrytis berries include ginger, saffron, and beeswax.

Do you know the difference between 5 Puttonyos and 6 Puttonyos when describing Tokaji? The aszú berries used to be collected in large baskets called puttony, from where the berries would be added to barrels of non-botrytis grape must. Then, the wines were produced and labelled based on how many aszú baskets were added to the must. This led to the system of labelling wines with ~3–6 Puttonyos. The more Puttonyos, the sweeter the wine.

The Royal Tokaji Gold Label Aszu 6 Puttonyos 2016  has an intense and aromatic nose of dried apricot, lemon peel, toasted almonds and marmalade. It is rich and ripe on the palate, with sweetness balanced by a powerful acidity. 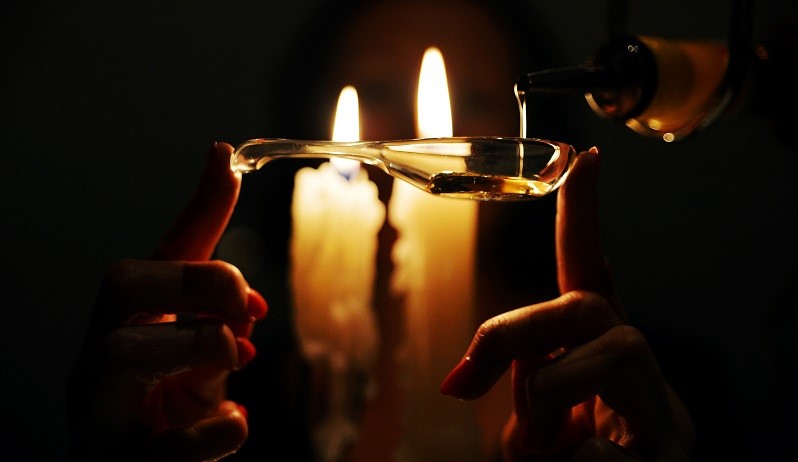 Royal Tokaji Essencia is so sweet and decadent, it's served in a chrystal spoon rather than a glass.

Something French and flashy

History tells us that an owner arrived late to his estate during harvest season, but was determined to still use his very ripe grapes to make wine. Long story short, this was the start of a grand cru, the sweet wine of Sauternes. Sauternes is the most expensive wine to produce in Bordeaux (yes, really!), and it’s not difficult to see why.

Sauvignon Blanc, Semillon, and Muscadelle grapes used for Sauternes remain on the vine after the harvest. Producers have to determine the exact time to harvest: the whole bunch must be ripe, but not too ripe, which will risk losing some taste. To extract the best, the harvesters sometimes harvest part of the bunch and leave the rest to ripen further. This process can easily be repeated up to six times, with significant increases in labour costs. Harvesting also has to be done only by hand, to ensure that only the correct berries are chosen at the right time.

Unlike other sweet wines that we are used to pair with various cheeses or fruity desserts, Sauternes is often paired with oysters or Foie Gras, with the food’s natural sweetness complementing the luxurious Sauternes. 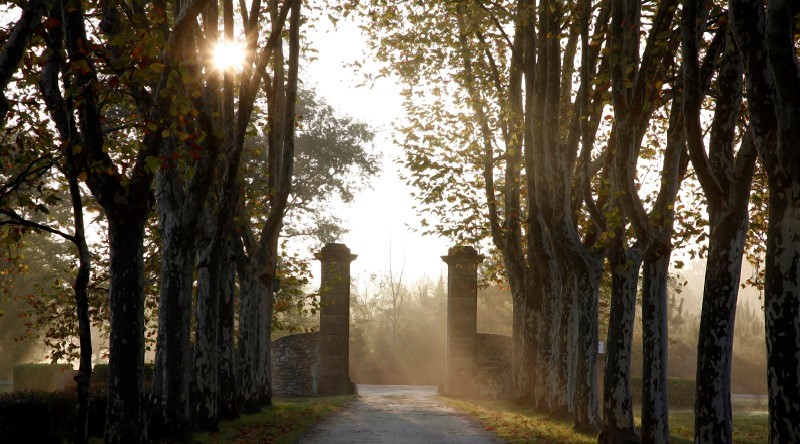 Sherry has come a long way from its reputation as cheap and cheerful bulk produce. It’s not as simple as we might think, with various styles around. Sherries can be light and dry (like fino), oxidized (like oloroso) or sweet (like cream sherry). On top of that, there is also manzanilla, a type of fino made in the port town of Sanlúcar de Barrameda, and amontillado (a little oxidized, a little sweet) and sweet, sweet PX (Pedro Ximenez). And the last sub-genre is fino en rama, an unfiltered fino that is richer than a typical one. Quite a hierarchy to keep track of! 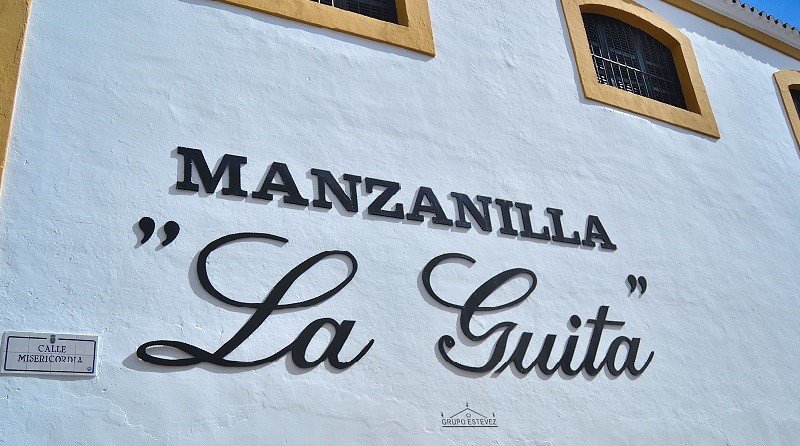 This is where the magic happens

Let’s take a look at the La Guita En Rama Manzanilla sherry. It is made from Palomino grapes, mainly from the prestigious Sanlúcar estate of Miraflores. The unique micro-climatic conditions of Sanlúcar de Barrameda, which is close to the mouth of the River Guadalquivir, facilitate the growth of a film of yeast (flor) with very special characteristics. This flor in the solara grows more quickly in humid conditions, developing the flavours of this Fino Sherry into the town’s unique style.  This Manzanilla has a pronounced freshness and savouriness, and is delightful when enjoyed as an aperitif with almonds and cured ham.

Does sherry tickle your taste buds? 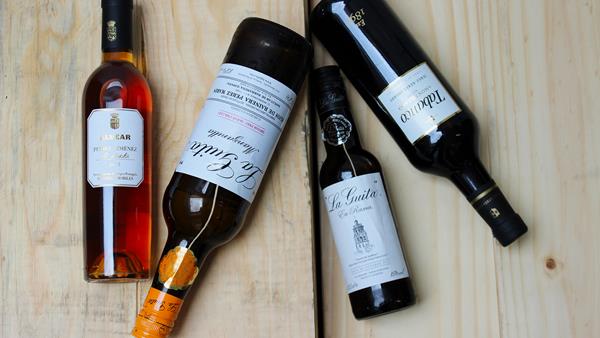 Live life on the sweet side