English wine is booming. Since it crept back onto the scene in the late 90s, it has become one of the industry's hottest topics, with excitement around the category leading to millions of vines being planted across the UK - an enormous 3 million in 2019, more than double the previous year - and a staggering number of new wineries opening their doors.

And, with the events of the past year significantly impacting the way UK consumers are eating and drinking, it's becoming increasingly clear that English wine may well be the star of wine lists when venues reopen. So, if you haven't already, it may just be time to consider getting this on your list.

It's all about going local

A study by PROOF revealed that the biggest change in consumer behaviour caused by COVID-19 was the lean towards 'local', whether that be venues, produce, or drinks. 46% of UK consumers reported that they were now more eager to buy locally sourced products, and English wine is an obvious shoe-in for this trend. After all, while a Californian red or Alsatian white might not speak to a consumer looking to shop closer to home, a vineyard in Kent, Essex, or the South Downs is much more likely to fit the bill.

Add to this the big 'B' word of 2021, and 'drinking local' seems set to become the norm. After four long years of no-deal worries and parliamentary debates, Brexit has happened, and with it comes a likelihood that British businesses and products will begin to take more of a centre-stage position in the UK. It might be a case of 'watch this space' - but pre-empting the trend and ticking the 'local' box with an English wine or two is no bad thing.

With non-essential travel locked down for the foreseeable, popping across the Channel to sip some Sancerre in French valleys isn't going to be happening anytime soon. And, even if wine tasting and training were crucial enough to allow cross-border excursions, 69% of the population claim that concerns around health, hygiene, and safety would prevent them from making journeys anyway.

So, wine tourism, and - more fundamentally for the On Trade - staff training in wineries are, for now, out. Lucky, then, that a number of English producers have begun to pour efforts and investment into socially-distanced vineyard tours, training, and consumer experiences, that not only allow the public to visit and connect with brands, but offer UK staff the opportunity to see English winemaking in action. If you're looking to raise engagement, confidence and knowledge through training, sending your staff to English wineries is a quick and easy option - not to mention a cost-effective one compared to international travel, in a time where cash flow is key.

Visiting English wineries can be a cost effective training method

Bar and restaurant doors may currently be closed, but when permitted to reopen, it's fair to assume that premiumisation will be key. 19% of the public now claim their primary drinking occasion is to 'treat themselves' - a trend seen during last August's 'Eat Out To Help Out' scheme - and a house sparkling won't tick the box here.

The vast majority of UK fizz is made in the traditional method, which sets it up as premium, and a direct competitor with Champagne. In fact, England's chalky soils and increasingly favourable temperatures (up at least a degree on average from previous years) have meant that its wines are becoming serious contenders to the famed French fizz. Hit hard by climate change, some Champagne producers have even begun the process of planting vines in England. A blind tasting conducted by the WSTA in 2016 actually saw English fizz come out on top in two out of three categories when compared to Champagne, and scores of awards at world sparkling championships are now scooped up by English wineries every year. It's safe to say, the category is gaining ever more acclaim and prestige.

Most English wine continues to be made in the traditional method

Champagne does still have its name and reputation, and that will continue to count. But, with English sparkling's star on the rise, it's an excellent mid-point between Prosecco and Champagne to have on your list - and its reputation is only set to grow, as sales increase and excitement around the category continues to accelerate. With 13.2 million bottles having been produced in 2018 alone (up from 5.2m in 2017, and 4.15m in 2016 before that), there are a wide variety of styles, price points and brand stories to lure customers in with. So, what are you waiting for? 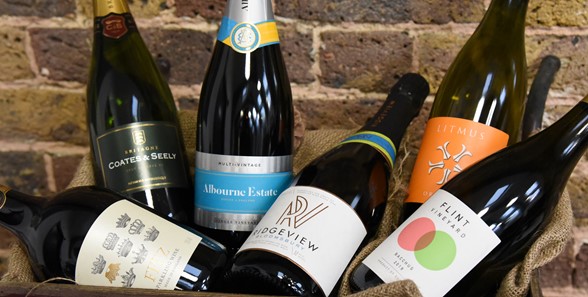 A huge range of English wine is now on offer

Check out our tips on selling English wine successfully here. 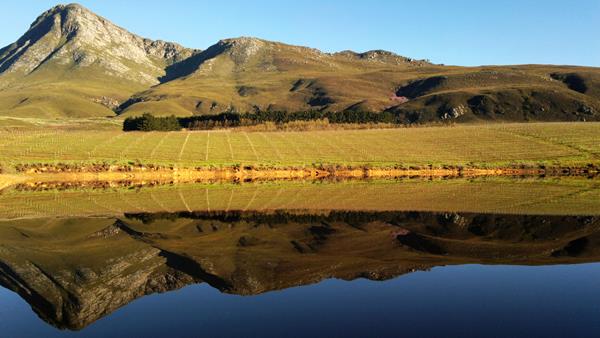