Comeback Kings: Return of the Classics

Prawn cocktails. Dungarees and baker boy caps. Disco music. Whether it’s food, music, or fashion trends, we all love a comeback that triggers those warm, comforting, fuzzy feelings of nostalgia. And wine, it would appear, is also experiencing a renaissance of sorts, as we return to drinking some of the superstar grapes of days past.

Drinks insight specialists PROOF spoke to British consumers earlier this year, to find out what we’ve been enjoying at home over the past twelve months. Similar to previous years, 6 ’power’ grapes accounted for 58% of off-trade wine purchases: Merlot, Malbec, and Shiraz for the reds, and Pinot Grigio, Sauvignon Blanc, and Chardo

nnay for the whites. So far, so unsurprising. What was intriguing was the significant growth of grape varieties that have an illustrious history, but until recently had slipped a little from favour.

Synonymous with the Beaujolais region, unique in that this one grape variety is responsible for almost all vines planted there, Gamay was the darling of the 1970s and 80s during the Beaujolais Nouveau craze. This nascent wine was lauded for its combination of juicy aromatic character, light body, and refreshing zip of acidity, but by the late 1990s, interest in this style had started to wane significantly (helped in no small part by a notable decline in the quality of wines produced). It was around this time that we started to see the rise of the jammy, oaky, boozy, fruit-bomb wine style.

The past year, however, has seen a rise in Gamay consumption by almost 25%, which would appear to follow the shift in consumer demand away from ’big wines’ and back towards lighter-bodied, unoaked, lower alcohol wines. With quality-minded producers back in the driving seat, it would appear that Gamay is returning as the go-to for bottled red refreshment.

From one of Beaujolais’ best known Cru villages, this Fleurie represents everything that’s great about Gamay. It’s brimming with fragrant red cherry and redcurrant fruit, with a soft texture and a lengthy, mouth-watering finish.

This classic Italian white grape variety achieved worldwide commercial success in the 1960s, through the high-quality wines produced in the Gavi zone in Piemonte. It has been around ever since, although the rise of refreshing, inoffensive and inexpensive Pinot Grigio has certainly put Cortese wines such as Gavi under commercial pressure over the past couple of decades.

Numbers don’t lie though, and with a meteoric year-on-year rise in consumption of 130%, it would appear that Cortese is back with a vengeance. We can attribute this success to the UK’s enduring love of delicate, citrussy white wines, whilst the trend towards premiumisation and indigenous grape varieties has nudged many consumers into rediscovering this understated Italian classic.

From a small, family-owned and operated estate in the heart of Gavi, this wine is a brilliant example of the Cortese grape. Richly flavoured, elegant, and complex, with ripe citrus fruit and hints of white blossom beautifully balanced against crisp, refreshing acidity.

What is Beaujolais Nouveau? 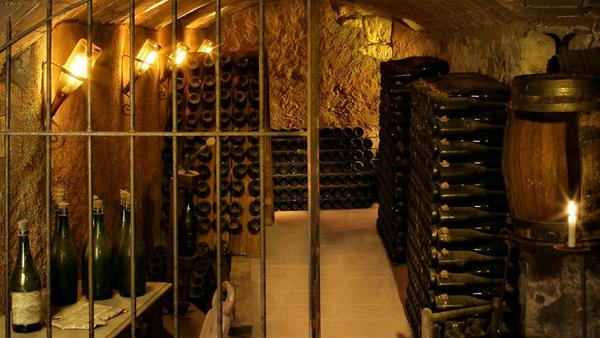 The new fizz on the block

After completing a degree in Theatre Design, Jamie decided to put down his pencils and paintbrushes to spend three years teaching in Japan. Upon his return, he decided to pursue his love for wine by embarking on his WSET qualifications. Having recently completed his WSET Diploma, he has joined Bibendum as a Wine Educator to share his passion for all things vinous.