Upon arrival in this walled city it feels distinctly historic, yet ancient buildings and fancy beer haunts line the same streets as if they have always coexisted.

From beer aficionados to pioneers of new and exciting wines, there is a foodie revolution going on in this city of cobbled streets.

As a whole, the city is diversifying, and the locals are getting experimental. The success of Mr P’s Curious Tavern, a tapas-bar-come-Yorkshire-beef-joint, is the perfect exemplar of this. “There’s a massive food and drink scene here now and it’s happened over the last four or five years,” says Laurissa Cook, assistant manager at Mr P’s Curious Emporium.

“People’s knowledge is getting better and better,” says Laurissa, who now has over 60 gins to juggle during service. “They come in and tell us about the gins, we get some great discussions going.”

On the other side of town, Pavement Vaults is making waves on the beer scene. “People’s beer knowledge here is good, especially the students’,” says general manager Sam Wheatley, who is responsible for wine and spirits development at Pavement Vaults. “There is a traditional brewing community here, a lot of people appreciate the value of having cask beer over keg – but you have to know how to look after casks properly.”

Staff knowledge and training is key here, too. “The staff are interested in everything from beer to sherry,” says Sam. “We try and get as much training as possible, it makes such a big difference and you can sell much more effectively. We have a great relationship with David Sampedro Gil of Bodegas Bhilar for example – their story just makes the wine so easy to sell."

The food and drink scene hasn’t always been so innovative and Yorkshire chef Andrew Pern’s third venture, The Star Inn The City, has had a huge influence on its development. When the restaurant opened four years ago, they were the only one of their ilk in the city – J Bakers having just closed down – and people weren’t convinced.

Matt Hunter, director of operations who ‘you’ll often find in the kitchen’ says, “Everyone said we wouldn’t work because we were too big to be attempting things like breakfast service; they said people wouldn’t want to come. We bucked the culture.”

General manager Jo Ellery concurs: “It’s been said that this place was a gateway – when we opened there wasn’t anyone doing what we did.”

Today the town is teaming with Rosette-adorned establishments from Skosh and The Grand Hotel (with three Rosettes), to The Park Restaurant at Marmadukes Town House Hotel. “Now there are so many more of these places,” says Matt. “We are all very different in style, but I believe The Star Inn The City opened the door and showed people that it’s possible to do something out of the ordinary in York.”

And the punters agree. “We come to York at least three times a year because there’s so much going on here,” says Sue Duddle from Liverpool. “We always come to The Star Inn the City for drinks – it’s buzzing outside here in the summer, there’s such a good atmosphere.” 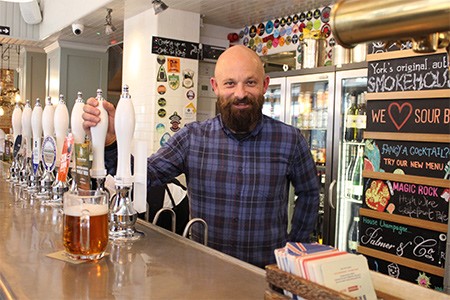 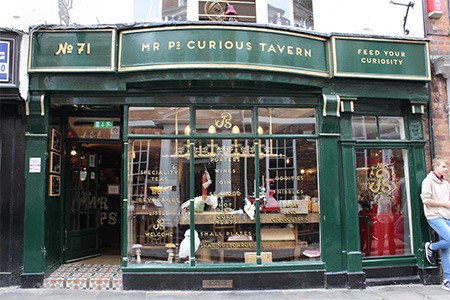 Challenging tradition and changing local opinions is still tricky in York. Mr P’s has faced some curiosity about the way they work. “The older generations especially like to have three courses – starter, main and desert – and it’s hard to explain that that isn’t the way that we operate,” says Laurissa. “There’s no structure to the meals here, plates come out as they are ready and that’s very unusual for a lot of people.”

Perception is key – Laurissa puts the success of Mr P’s down to its founder, Andrew Pern. “We get both younger and older generations coming here because of his reputation. People will come here that have been to The Star Inn at Harome and that’s why they try this.”

It wasn’t all smooth sailing for The Star Inn the City either – “It takes a while to change minds,” says Jo. “We had to show people that we’re not a snooty place! You can come and have a coffee or a six-course meal with a glass of Bruno Paillard. And we’re dog friendly! We’ve evolved to meet the needs of York.”

The same goes for beer drinkers. “Some people walk out when they see our taps,” says Sam, coming back to our point about training: “You’ve got to be able to recommend things because we don’t sell Carling or Guinness.

“This has worked though. Now people come in and ask for the black IPA they had last time or the ale that we had on last week. We change our beers every day, but it’s important to have constants too because of this.”

So what's next for York?

“Sherry is definitely up and coming, and vermouth! I think vermouth will make a comeback. A V&T is lovely,” says Laurissa. “Staff need training to sell it though, as people know less about these styles.”

“Both the gin and craft beer revolution have been going on a long time and I don’t see them stopping,” Matt says. “There’s no reason not to list a good gin these days.”

Sam on the other hand has hopes for a more diverse premium spirits category. “We’re trying to push mezcal but it’s still a bartender’s drink. I sell it as a peated whiskey, the flavour profiles are so similar. Mezcal is like wine – you get different types of agave and each one has a different sweetness and flavour profile. It's great in a Bloody Mary, or alongside food with chilli – we also cook with it and make a mezcal butter. It’s certainly something we want to concentrate on going forward – and we never give up.”

Operating in York or thinking of expanding to this great city? Email us at tradesales@bibendum-wine.co.uk or contact your Account Manager.