With a wild, stony landscape, Spain's Rueda region is the home of Verdejo, known as the 'green' grape thanks to its exceptionally bright green berries. Now constituting nearly 80% of all plantings in the region, it's fair to say that the fresh, aromatic wines of Verdejo are enjoying their moment in the sun.

One of the region's most important producers, Cuatro Rayas' vineyards encompass more than 2,400ha - planted primarily to Verdejo, but also Sauvignon Blanc, Viura, Palomino Fino, and Tempranillo. These vineyards, which produce approximately 17 million kg of grapes per year, are controlled by the technical department throughout the entire vegetative cycle to ensure utmost quality.

The vineyards also include a small pre-phylloxera plot that is more than 100 years old. This 10ha pre-phylloxera vineyard, in the province of Segovia, is also the oldest plot owned by Cuatro Rayas. 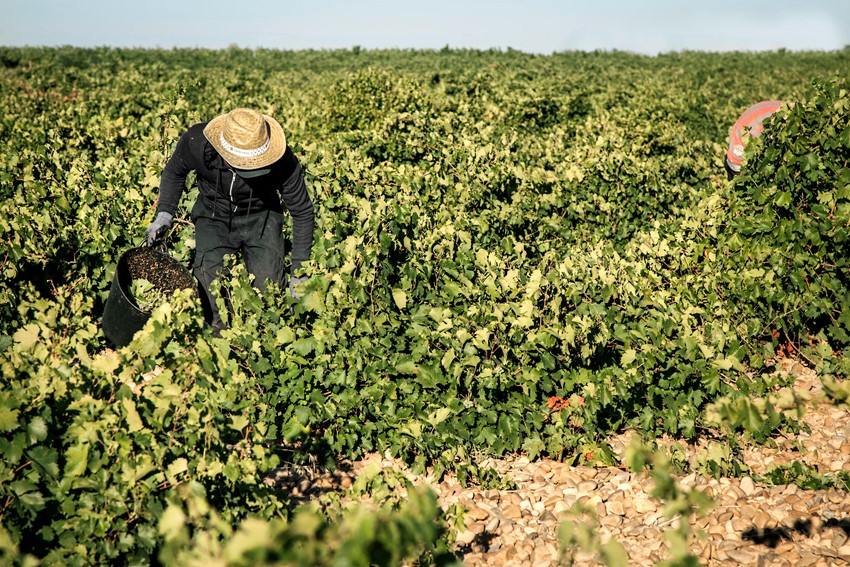 Over 2,400ha of vineyards are owned by Cuatro Rayas

Founded in 1935 as a cooperative, the winegrowing families in the small village of La Seca in the province of Valladolid joined together to create a stronger business with more longevity.

A milestone came in 1975, with the creation of the Rueda DOP. The wines of 'Agricola Castellana', as it was then known, managed to join this new body from the start, thus cementing the reputation for quality and exceptional characteristics of the vineyards of the cooperative members.

Cuatro Rayas is seen as the benchmark for quality Spanish white wines - not least their excellent Verdejo. Although Verdejo was once used mainly for fortified wine, it has received a second chance, so to speak, and Cuatro Rayas has been championing the variety for more than 40 years. 80% of their production is Verdejo, which accounts for approximately 18% of the region's Verdejo per year. 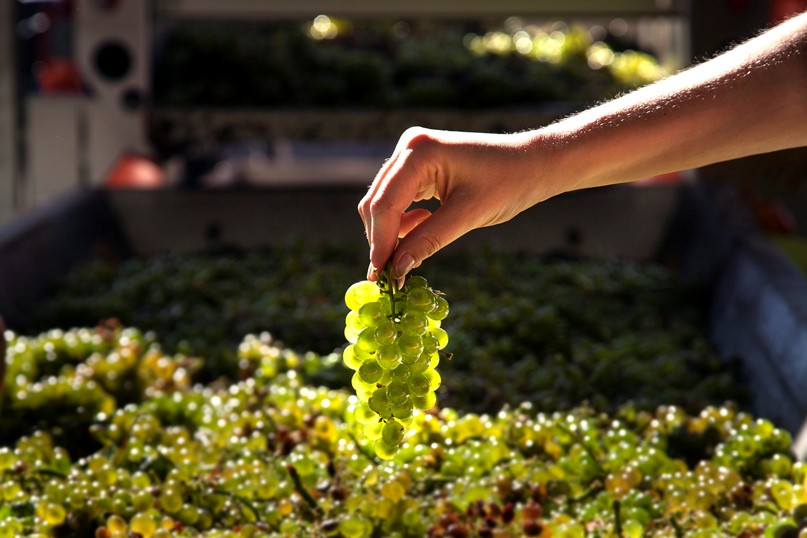 Cuatro Rayas are famed for their cultivation of the Verdejo grape

Verdejo takes its name from the Spanish word for green, 'verde', thanks to its exceptionally bright green berries. Over hundreds of years, Verdejo has mutated to adapt to Rueda's harsh climate: always dry. but varying between freezing cold and hellishly hot. Fortunately for the wine-loving community, many vineyards with sandy soil resisted phylloxera, and are now more than 100 years old. The wine made from these old vines can show exceptional richness.

From 2010 onwards, Cuatro Rayas took on a dynamic period of change at the winery. They made a commitment to becoming more innovative, and to expand their technological development. The second headquarters were built, also located in La Seca. These improvements not only strengthened the brand's position as a benchmark in Rueda, but also allowed them to expand their range, finally having the space to make and launch their first red wines under the DO Ribera del Duero. They also added vermouths, made from Verdejo and Tempranillo, frizzante wines, and a new category of premium wines.

A winery with diversity needs a dedicated team who can meet the demands of the varied vineyards, and since the inception in 1935, teamwork between the vintners and winemakers has bene a vital pillar of the operation. Currently, the oenology department consists of two winemakers, Elena Oyague and Robert Ello. 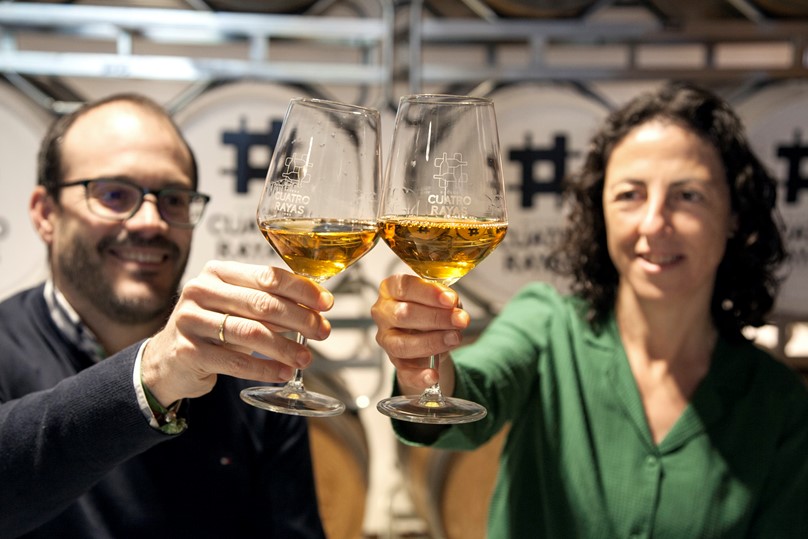 Bibendum's Vivid producers are part of a group which strives to be more eco-friendly, incorporating anything from biodynamics to recycling schemes in their operations. Cuatro Rayas encompasses the Vivid values, combining traditional methods with modern technologies to lower their environmental impact. Cuatro Rayas operates as zero waste, making them one of Bibendum's most green producers.

Cuatro Rayas recently created the 'Green & Social' seal, which exemplifies their unique approach. The seal is used to protect the cooperative's commitment to the environment and those who live in it.

Cuatro Rayas' mission is to improve the standard of living of their partners and workers, to promote generational change in rural areas, to create wealth, and to create employment for future generations. In addition, it is important for Cuatro Rayas that all workers and partners are committed to the company, and its values of social responsibility: economic transparency, ethical management, social involvement, quality, innovation, and safety for partners. 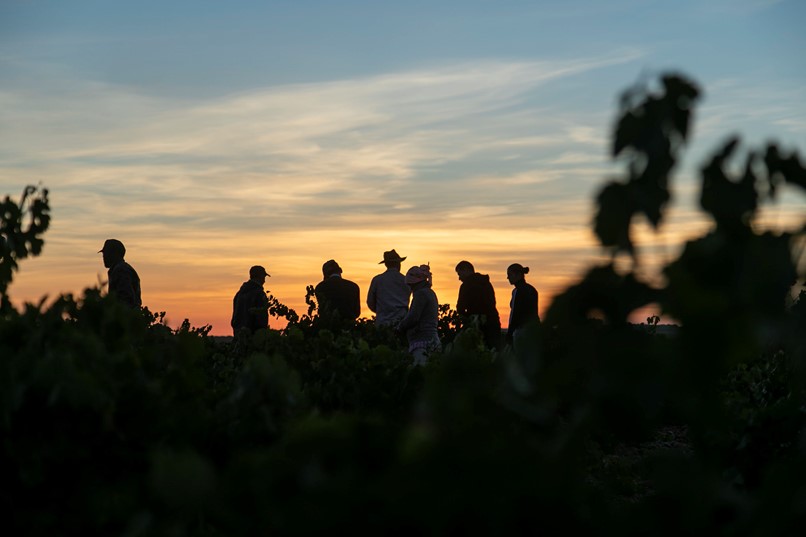 In December 2021, Cuatro Rayas drew up their equality plan to focus on female presence in the rural working environment. This equality plan sets out the actions that have to be taken in order to correct for the absence of women in the working environment, ranging from recruitment to career development. The plan also contains steps which should be taken to ensure equality across the board regarding a work-life balance, career development, payment, and representation. The end goal is to ensure the welfare of its more than 80 employees and their families, based in the rural environment.

Continuing their 'Green and Social' efforts, they intend to lead rather than follow when it comes to sustainable wine production. They have implemented measures in the production process, ranging from environmentally friendly crop management to reducing the winery's carbon footprint. They are also reducing the weight of their glass bottles, using recycled packaging material, using recycled materials or plastic-free material for closures, and water-based ink.

Have a look at Cuatro Rayas' profile and wines. 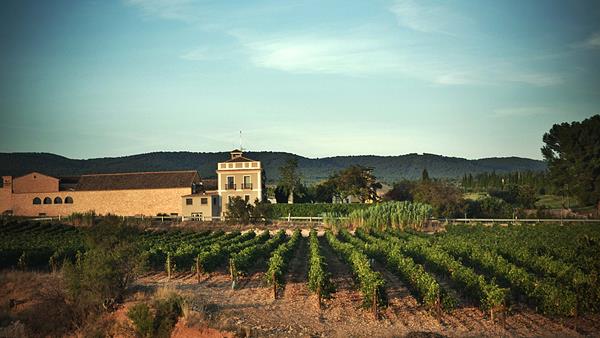