Coralie Strong was one of a lucky group to join James Millton, the godfather of biodynamics, on an immersive biodynamics experience day at Tablehurst Farm in Sussex. Read on to find out what she learnt.

I was so glad to be invited by Bibendum to spend a day with James Millton uncovering some of the mystery surrounding biodynamics. A group ranging from sommeliers to buyers left the city in search of greener land, on a journey to gain an in-depth understanding of how biodynamics really works, while getting our hands dirty!

Our trip took us to the beautifully wild Tablehurst Farm near Ashdown Forest, the inspiration for A.A. Milne’s Hundred Acre Wood. Here, the community work on the land, breeding animals and growing food for the café and farm shop. All completely biodynamically. 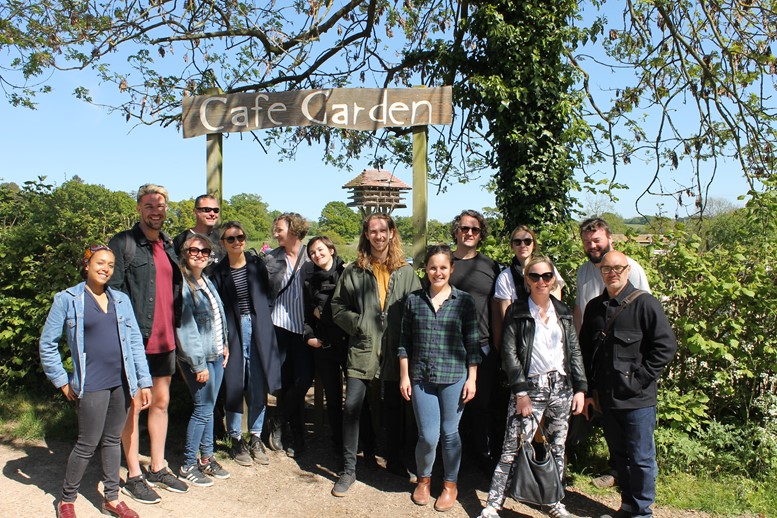 What does it all mean?

Biodynamic winemaking is sometimes seen as one of the more controversial practices used in viticulture. It has some serious supporters and many who are less sure, so I was pleased to have the opportunity to get to grips with it and draw my own conclusions. James Millton is the pioneer of biodynamics in the Southern Hemisphere. He believes in the planet’s ‘life energy’ (the literal meaning of ‘bio’ and ‘dynamic’) and uses a series of techniques to enhance the balance and structure of his winemaking environment.

James gave a very personal overview of biodynamics and what it means to both himself and his winery. Interestingly, his focus was on his feelings, the movement of time in synchronisation with the planets, and the energy of the earth, rather than intense detail on biodynamic preparations and practices. This helped us all understand why, rather than how, biodynamics is achieved. While James spoke, interest in the topic grew…

What’s in a plant? 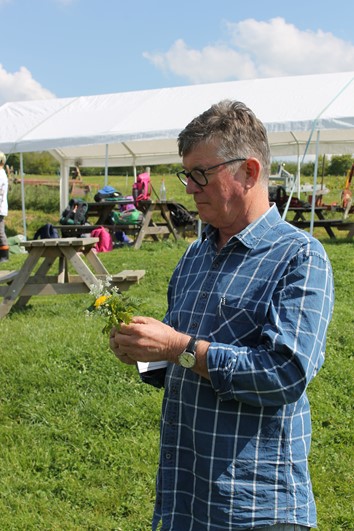 James showed us the capabilities of different plants including nettles, yarrow and oak. Their structure and leaf shape each correspond to different elements such as air and light. It was fascinating to learn how spraying nettle and valerian teas have been shown to protect against spring frosts by raising the ground temperature. Personally, this captured my interest, as research into chemical alternatives is a widely growing area of wine science. Wouldn’t it be ironic if the answer to increasingly widespread, devastating frosts was the stinging plant we all so desperately try to avoid!

‘Soil health’, the new sustainability buzzword, is one of the key areas and reasons for farming biodynamically. James spoke of the soil as the ‘rooftop to another kingdom’, which makes a lot of sense when you think about all the microbes, nutrients, plant and animal life that live beneath the surface. Compaction, erosion and acidification can all be balanced and avoided without the use of chemical fertilizers and heavy machinery. Sceptics might think about the cost implications of farming the soil in this way, but it certainly made everyone think.

Time to get dirty

After a thought-provoking introduction to biodynamics, it was time to get stuck in. The task: to make a spray preparation for a new cow field. This meant filling a large bucket with water and ‘CPP’, a special fermentation of cow pat, egg shell powder for calcium and rock dust for silica, along with the six biodynamic compost preparations (yarrow, chamomile, nettle, oak bark, dandelion, and valerian). We stirred the water and CPP to create a vortex and then ‘caused chaos’, by stirring in the opposite direction to add both air and energy into the mixture.

We then flicked the preparation onto the field using an assortment of brushes. The idea behind the exercise was to replace the nutrients the cows had removed when they had last been on the field. This is one of the key principles of biodynamics, giving back what you take out and balancing nutrients. Whether a fan of getting dirty or not, everyone came away saying they had enjoyed the experience and that it had made them feel more connected with the land. With sore stirring arms, it was time to see if what James had been saying was reflected in the glass. 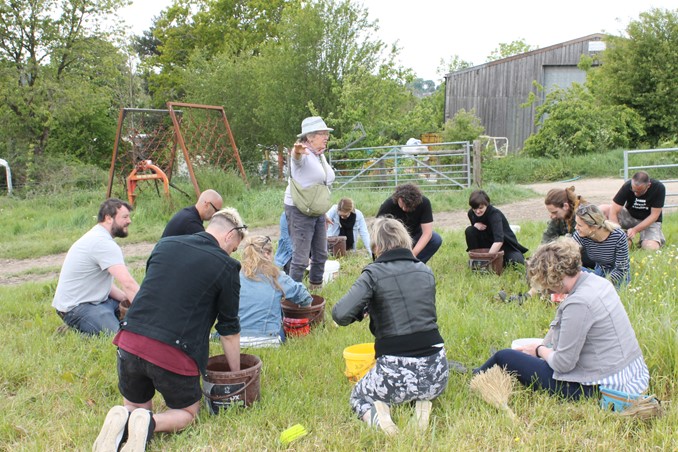 The proof is in the tasting

Each of the Millton wines was unique. A producer that can express diversity in a small collection should always be applauded. James explained that each wine was created to focus on texture, which he interestingly compared to different types of fabric, and the traditional ‘tastes’ of sweet, salty, sour, bitter and umami. I was genuinely surprised to find that this rang true when tasting the wines. The Chenin Blanc represented the sour taste and had a wool-like texture, the Viognier was silky and saline, and the Chardonnay was crisp and astringent with a linen-like mouthfeel. The luminescent, sweet Riesling was powerful but balanced. The wines expressed exactly what James had been telling us. Whether you are a fan of biodynamics or not, what ends up in the glass is what really matters and these wines were extraordinary.

The final group discussion was one of the most important aspects of the day. People from all areas of the wine industry; journalists, influencers, buyers, sommeliers and retailers reflected on their consumer experiences with biodynamic wine. The advice that particularly resonated with me was to approach the wines like any other bottle. Tell the consumer about the taste and quality rather than unnerving them with all the technicalities. There is certainly an expanding consumer market who are seeking out organic and biodynamic bottles and with more education, this segment will continue to grow. However, while the rest of us catch up, concentrating on the wine rather than the winemaking is the best way to engage with the sceptics, and on finding out that the amazing wine they are drinking is biodynamic they are sure to become believers!

Take a look at our Mindful Winemaking hub to find out more about biodynamic, organic and sustainable winemaking practices.

Coralie is a wine blogger who writes for a number of online wine sites including Every Glass Matters and Drinks Retailer News. Currently studying for an MSc in Viticulture and Oenology, her goal is to make wine easy for everyone to understand and to keep it fun, especially for millennials. You can find her work on a number of sites or via her Instagram @everyglassmatters.