With the rising interest in sustainability, saving the planet and eating cleaner and better, consumers are more aware than ever before about how the choices they make can impact their bodies and the environment around them.

The common perception is that ‘natural’ is better, but what does that really mean? Is ‘natural’ really any better for us and is there a reduced environmental impact from choosing natural products? Emily Humphreys tackles some of the myths and misconceptions around ‘natural’ and ‘mindful’ wine-making practices to set the record straight and help you make up your mind.

Considering how we used to farm historically, the organic wine movement is nothing new. It has been around since the 1970s, but early examples gave the category a bad name and winemakers were often derided for their efforts. It seemed that you could have organic or you could have quality, but you couldn't have both.

Fast forward forty-odd years and we now live in a time where consumers give more consideration to the impact of their choices and actions; whether for their own wellbeing, or the planet at large. Organic wine's fortunes have turned and are now experiencing a comeback as dramatic as Tiger Wood's recent return to glory! They are now so well-liked that we are prepared to pay an average 38% more for them and sales are predicted to more than double by 2022*.

Mindful wines – what does it mean?

Organic is a buzz word. As is sustainable, biodynamic, natural, low intervention, vegan etc. (At Bibendum we’ve coined the term ‘mindful’ to refer to these approaches.) Amidst all this popularity though, do we really understand what it means to be organic?

The other day I heard a story about a customer who had ordered a particular wine based on its organic credentials. Upon delivery they inspected the wine and noticed that the label included the phrase "contains sulphites**" They rang their account manager and asked to return it believing it to have been fraudulently labelled. Organic wine should be free from additives shouldn't it?

Well no, not necessarily. The core principle of organics is that the grapes must be grown free from synthetic chemicals; fertilisers, pesticides, insecticides and fungicides. Wine can still be made with a variety of additives so long as they're naturally occurring, which sulphur is. 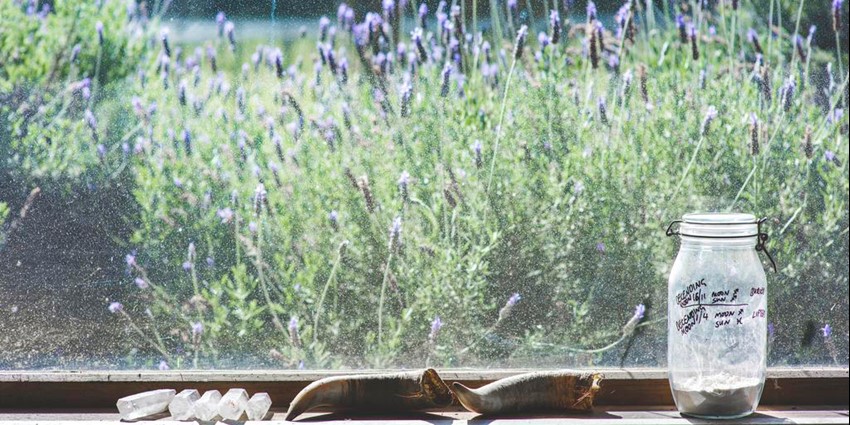 But this scenario does highlight a problem with the new trend for mindful wines. They are riddled with misunderstandings. A situation not helped by misleading or factually inaccurate newspaper articles, blogs and social media posts making spurious claims – that organic wines won't give you a hangover – to name just one. They confuse organic with biodynamic, biodynamic with natural or with vegan and use these words interchangeably. To an extent this is understandable; there are similarities between the various mindful philosophies. But also marked differences. Taking just organics, the actual meaning might also depend on whether a producer is certified by an official body, certified in the winery or just the vineyard, or perhaps they are completely uncertified but still farming in line with the general ethos of organics. Oh, and don't be fooled into thinking that the various certificating bodies around the world all follow the same rules. Confusing, isn't it?

If as an industry, we don't really know what they are then how can we expect our guests not to get tangled up by them too?

To help clear things up here are our top six organic wine myths:

1) Organic wines don't contain sulphites
As we've already hinted at above, this is not true. It's really only those who purport to be "natural" winemakers that would strive to make wine without adding any SO2 at all. Saying that the levels of SO2 authorised in the EU are lower for organic than for conventional wines. (Confusingly in the USA they do take a more draconian approach banning added SO2 altogether as part of their organic certification.)

2) Organic wine is suitable for vegans
In the EU at least, organic is not the same as natural. Even in certified organic wine, the EU permits more than 50 different additives and processing aids - several of them non-vegan including egg white, milk, and gelatine-based products which are all used to clarify wine.

3) Organic wines won't harm the environment
This is a complicated one. So organic growers don't use chemicals which is great, but that doesn't mean that the approved alternatives are always harmless. Organic growers can still use copper as a natural fungicide, yet according to the European Chemical Agency (ECHA), Copper Sulfate “is very toxic...with long lasting effects". Some organically approved pesticides such as Pyrethrum (derived from a type of daisy) are so potent they also knock out vital insect life including honeybees and other pollinators. Organic farming is certainly a step in the right direction but it’s not perfect.

4) Organic wine is good for you
While it’s true that some organic foods are better for you, there’s little evidence to suggest that organic wine, provides more nutrition than non-organic. That said the lack of harmful chemicals alone is enough to convince most people of its virtues versus conventionally made wines.

5) Organic wine won’t give you a hangover
This is one we’d all love to be true, but sadly it isn’t. Many wrongly take the (slightly) lower levels of sulphites in organic wine as license to go ahead and sip without consequences. Leaving this aside organic wine is still alcohol and if hangover-free alcohol seems too good to be true, that’s because it is.

6) Organic wine is expensive
They are not always the cheapest option but nor are they exclusively or ridiculously expensive. Just as with conventionally made wines there are cheap and cheerful bottles and those that are laboured over lovingly in which case the higher price can often be justified by quality in the same way a more expensive non-organic wine can be.

*according to a study “The Future Potential for Organic Wine”, commissioned by SudVinBio and produced by IWSR.

**a preservative that occurs naturally during winemaking. Additional doses are added to prevent bacteria and prolong a wines shelf life.

Take a look at our latest calendar for upcoming training courses