What to recommend with tofu: a guide to pairing wine with vegan food

"This would go great with roast chicken!" "Perfect with white fish." "With steak, this is a match made in heaven." When you hear people talk about food and wine pairing, these phrases all seem commonplace. But when was the last time you heard someone say that a wine would go well with tofu?

Veganism has been hip for a while now, and not just on the streets of Shoreditch. According to the Vegan Society, 400,000 people signed up to participate in Veganuary this year: 60% more than in 2019. Pret a Manger is planning to open seven new Veggie Pret stores this summer, and Greggs' vegan sausage roll is one of their bestselling products. And I bet you've noticed that 'alt milks' are everywhere. Veganism, it's safe to say, has gone mainstream.

However, common rhetoric and advice around food and wine pairing is rarely vegan-oriented. We thought it was high time we gave it the consideration it deserves. The good news is, it's pretty straightforward, and doesn't require a big rethink.

Here's some food for thought: 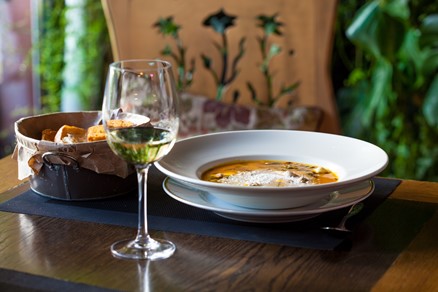 Consider the dish as a whole

It really doesn't matter all that much that a curry is made from jackfruit or tofu instead of pork. Instead, think about it more generally. A delicate beef carpaccio would call for a different wine to a beef wellington. So too would an Asian veggie salad, versus a mushroom and chestnut pie. Think about the weight and flavour intensity of the food, and match it to a wine with similar characteristics.

Consider the main characteristics of the dish, and either complement or contrast them in your wine pairing. For example, coconut or cashew cream dressings and sauces work in the same way as any other creamy dish. Pair them with a rich, buttery Chardonnay to complement, or a fresh and high-in-acid wine to cut through and contrast.

Nutritional yeast is a great substitute for cheese, but rather like parmesan, it's more umami-rich than other cheeses, so consider fuller-flavoured wines, or whites with lees ageing that have a yeastiness of their own. It's best to steer clear of tannins, as they can seem more bitter when paired with umami.

Make sure you're recommending a vegan wine!

This might seem obvious, but don't forget that not all wines are vegan friendly. Some wines have been clarified with dairy or animal-based products, that make them unsuitable for vegans. If you're going to recommend a wine to complement a vegan dish, it's best to check if the person ordering is a fully committed vegan. If so, recommend accordingly.

What is sustainable wine? 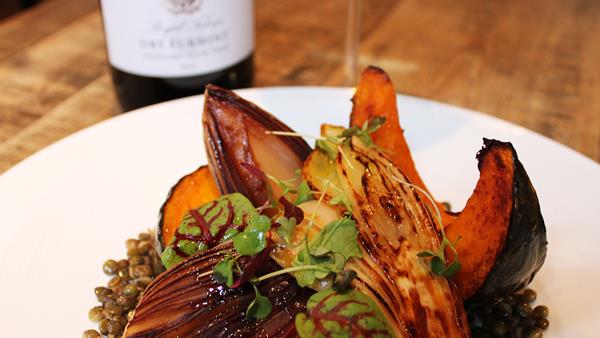 Veganuary, and beyond: drinking vegan wine

With a BA in International Politics, Emily moved into hospitality management where she gained great experience across a number of iconic pub and bar groups. She joined Bibendum over six years ago. At the weekend, you'll find her drinking a crisp glass of Albarino while cheering on her local rugby team, Blackheath.