What do we mean by Old and New World wine?

We've all come across various definitions of Old World regions: "They are the historic birthplaces of wine", "their wines are all about tradition, restraint and elegance", or most often, we're given a simple list of countries: "France, Italy, Spain and Germany". The New World is often described as "a group of countries where vitis vinifera was introduced during/after the age of exploration", or "producing wines defined by technology, experimentation and ripe, powerful fruit."

So, should we pick and choose our favourite definition, or use a combination of all of them? Old World and New World are incredibly ambiguous labels to give wines, as there are different criteria for each, depending on who you talk to. Yet they are used every day by wine professionals, day-in day-out, without a second thought. They have become umbrella terms for abstract concepts, used to convey whichever aspect of the definition we deem appropriate at the time. 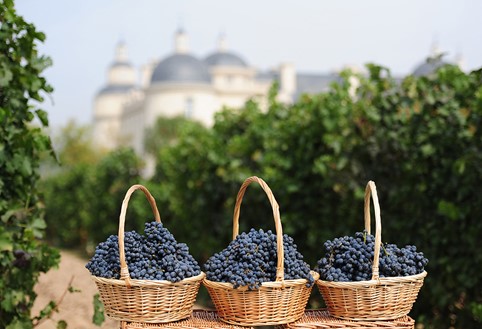 Let's pick apart a few of the above definitions, starting with "historic birthplaces of wine". China's Neolithic Jiahu site is home to the earliest instance of fermented grape beverage (chemical dating puts the evidence as early as the 4th century BC. Surely then, this is the true historic birthplace of wine? Perhaps - although I don't think I've ever read an article, or had a conversation, where China has made the shortlist of Old World countries.

So then, maybe a stylistic definition is more accurate, using 'elegance vs. power' as a framework. Unfortunately, this doesn't prove watertight either, given the myriad exceptions to this definition. Let's consider an Amarone Della Valpolicella. It's prestigious, from Italy, made from indigenous grape varieties, and subject to a wealth of rules and regulations. So far, so 'Old World'. But, it's also chock-full of fruit character, usually averages at well over 15% ABV, and has only been produced commercially since the 1960's (it's believed to have originated as a 'faulty' Recioto, fermented to dryness). Sounds a lot more 'New World', right?

Perhaps we would have been able to stick a little more closely to the stylistic definition a few decades ago. Over the centuries, tradition and constraints of the growing environment have undeniably shaped the profile of wines around the world. But our understanding of viticultural practices and scientific advances in the winery have changed the landscape - winemakers now have much more control over the style of wine they choose to make. 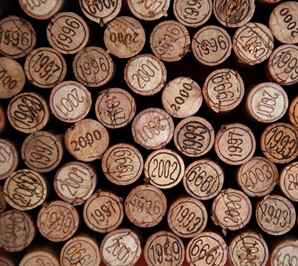 In addition, global warming has changed the potential for Old World styles. Sugar and physiological ripeness in grapes is much easier to achieve, meaning winemakers are capable of riper, more alcoholic styles in traditionally cooler climates. New grape varieties are also being introduced in order to accommodate for the increase in temperatures. Even Bordeaux, a bastion of tradition, has announced the potential inclusion of non-indigenous varieties into the appellation, such as Portugal's Touriga Nacional.

What the consumer wants

Consumer trends and market forces also have a part to play. The explosion of Australia, Chile and Argentina onto the wine scene over the past few decades comes to mind, with their varietally-labelled, fruity styles, at appealing prices. International influences and travelling winemakers have led to some Old World producers eschewing the regulations. For example, Super Tuscans were originally only classified as IGT, but proved so successful that new DOCGs were created to accommodate the style. But as with all fashions, we are starting to move full circle, with super fruity, alcoholic and generously oaked styles decreasing in popularity. There is now a shift in focus to more refined, elegant and hands-off winemaking, that lets the purity of fruit and nuances of 'terroir' shine through.

So, what's to be done with the terms Old World and New World? Given that the wine world has seismically shifted, adapted and evolved, our use of these labels should probably change to suit. Terroir, tradition, experimentation and wine style should certainly be discussed in detail and in depth - let's just leave the ambiguous, inaccurate and out-of-date dogma at the door.

After completing a degree in Theatre Design, Jamie decided to put down his pencils and paintbrushes to spend three years teaching in Japan. Upon his return, he decided to pursue his love for wine by embarking on his WSET qualifications. Having recently completed his WSET Diploma, he has joined Bibendum as a Wine Educator to share his passion for all things vinous.