Why vermouth ticks every box for today’s consumer

Aperitivo culture has exploded onto the UK drinks scene, accompanied by a new lease of life for vermouth. With consumers becoming increasingly susceptible to gin fatigue, they’re turning elsewhere for their botanical fix. Boasting a low ABV, vermouth also taps into the pervasive trend for low and no alcohol serves.

So what is it?

In a nutshell, a vermouth is comprised of at least 75% wine, fortified with distilled alcohol and infused with botanical extracts for flavouring. Within this, though, lies an enormous scope for versatility. While the wines used are generally light, fresh and local (Picpoul and Trebbiano are common choices), almost every other element of the vermouth equation is subject to producer whim. The result is a cornucopia of sugar levels, colours and flavours; there truly is a vermouth for everyone, and everything. 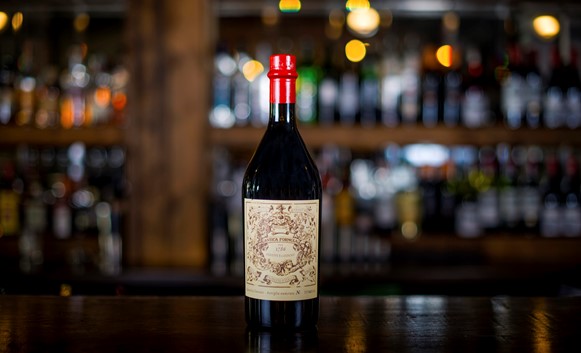 The Birth of Vermouth

Let’s try and keep this brief, which may be difficult considering that the origins of vermouth date back millennia. Throughout China’s Shang Dynasty (1200 – 1000 BC), rice and millet wine were commonly steeped in wormwood and chrysanthemum. The resulting product was upheld as a drink of the kings, worthy for use in ritual offerings. Recorded variations of this wormwood wine are peppered through history, from early Indian medicine to ancient Greek ‘Hippocratic wine’, to more modern, remedial uses throughout Europe – including in Germany, where its botanical base wormwood, or ‘wermut’, gave the category its current name.

1700s Torino, however, was the birthplace of vermouth as we know and love it. Home of the dukes of Savoy and a primary proponent of café culture (hint: aperitivo) in Italy, it was here that Antonio Benedetto Carpano created his own version of the drink with a sweetened muscat base, and started selling it in his bar. It was a roaring success. Word spread, and within decades, vermouth production sites were set up throughout Europe (with the small exception of Britain, who were steadfastly sticking to that other botanical-based drink, the all-too familiar gin). 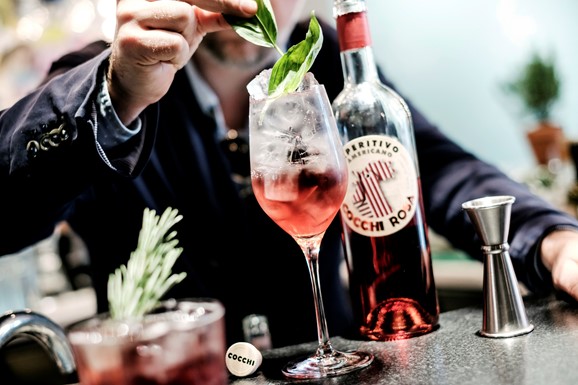 Vermouth comes in a range of shapes and sizes, meaning categorisation can be difficult. Aside from that, vermouth producers have a reputation for being famously tight-lipped around their techniques, ingredients and recipes, to such an extent that some are rumoured to carry out different elements of production in different areas, so no member of staff will hold the secret to all the steps. Paranoid or what? Yet even without these specific details, some notable groups have emerged.

Otherwise known as French vermouth, unsurprisingly due to having its origins in France. Generally white in colour, with a maximum of 50g/l sugar.

The original, as crafted by Antonio Carpano. Also known as red vermouth or Vermouth di Torino, it can contain up to 200g/l sugar. Caramel colouring is added during production, to give a typical dark, amber-tawny colour.

Mostly cheaper alternatives to dry vermouth, due to lower ABV levels. Most sit around the 15% ABV mark, and contain up to 80g/l sugar.

Unsurprisingly given the name, these are white vermouths, with sugar contents almost as high as the sweet vermouth category – without the colouring. Sugar levels aren’t legally specified.

With celebrity comes demand, and vermouth’s ‘vogue’ status in recent years has seen an emergence of variations in the category, all crafted to tap into key trends. Rosé vermouths with fruit-forward flavour profiles hit the UK’s love of ‘pink drinks’, while those more in favour of premiumisation now have the opportunity to trial vermouths with quality base wines such as Rieslings and sherries.

Hybrids, love-children and copycats; these offer intrigue and excitement to the discerning drinker. Enter the 'Americano', a blend of vermouth and gentian root-flavoured bitters; 'Vermouth Chinato', vermouth mixed with quinquina that offers a bitter flavour, and 'Chinato', which is not actually a vermouth at all but mirrors production almost exactly, aside from the addition of chinchona bark rather than wormwood.

Check out our Explorer Series hub for more in-depth information about spirits.