I’ve been in Burgundy and Beaujolais this week. Temperatures reached 40 degrees in the shade, and whilst on the face of it all the vines looked lovely with their shimmering green canopies, underneath it all there is real concern that all may not be well.

In extreme temperatures, photosynthesis comes to a halt, and vines shut down. There is a worrying shortage of water, and these extreme conditions are everywhere. Even if rain does come, it’s most likely to be in excessive quantities over short periods of time, and vines can’t cope with floods one minute and heatwaves the next. Biodynamic practices are helping, as these vines are better able to cope with stress, but with the break in weather comes a grave risk of hail, which can destroy grapes in a flash.

We tasted a whole load of 2018’s, both red and white, and whilst there were some notable exceptions, on the whole we are faced with an extremely ripe vintage. The whites are tasting more like rich, New World Chardonnays, whilst the reds are demonstrating a great deal of colour and weight. Clearly, it’s early days for winemaking in these conditions. Happily, Beaujolais seems to have fared a little better, and even though this was a ripe vintage, yields were large which goes some way to compensate. After 2016 and 2017, the growers really deserve a plentiful vintage!

It’s too late now to worry about the next two months, but these extremes of weather are here to stay, and growers will need to adapt their behaviour, even at basic levels. This year, the Lapierres in Morgon have had to have their teams change their holiday arrangements, as harvesting no longer happens in late September, but much earlier.

In five years, there have been some irreversible changes – but onwards and upwards! 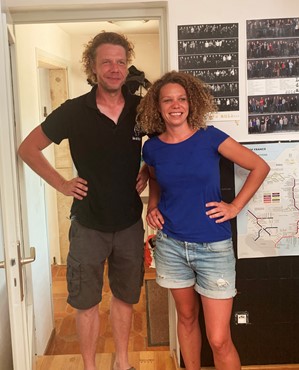 Willie has been in the wine trade for a very long time. When he started in the late 70s, nobody had heard of New World wine, let alone 'natural' wine! He is entirely self-taught and has pretty strong views on everything, particularly where taste is concerned. Willie has spent the last 30 years with Bibendum where he has effectively worked in buying, sales, marketing, PR, and lots more.