For this month’s Discover series, we head to the Costers del Segre in Spain – Catalonia’s most inland wine region. From charming towns, a beautiful countryside and rural architecture, to a diverse route of wineries and delicious local produce, this region is easily accessible from Barcelona and beyond.

Located in Catalonia, on the north-eastern coast of Spain, the name Costers del Segre literally means ‘Banks of the Segre’ – a river that flows from the Pyrenees Mountains, and meets the Ebro River south of the city of Lleida. 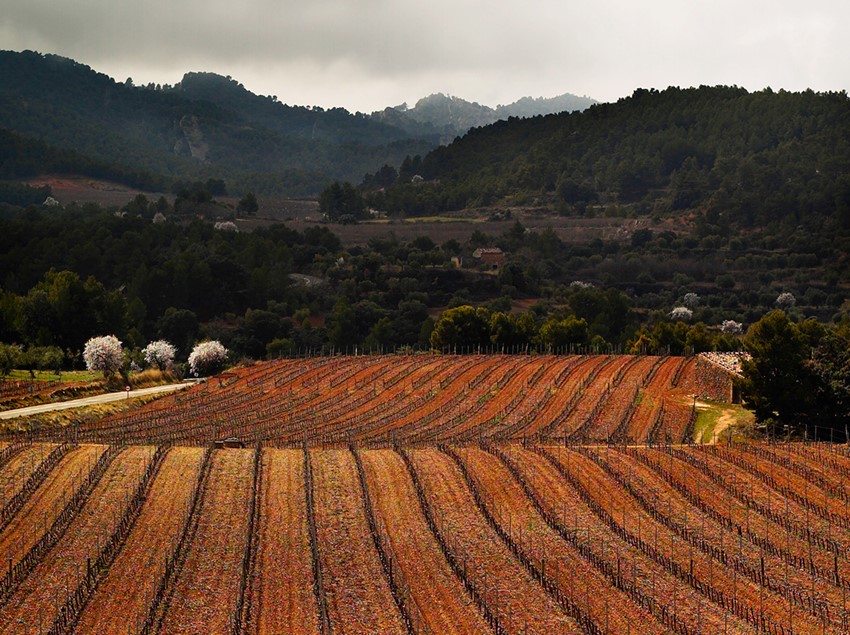 Despite this somewhat inconvenient location in terms of trade routes, winemaking has flourished for many centuries, until phylloxera hit the region in the late 19th Century. Many traditional winegrowing areas were not replanted, and instead used as olive groves. Traditional varieties such as Samso (Cariñena) gave way to more popular grapes, both local (Monastrell) and international (Cabernet Sauvignon).

The Costers del Segre DO was created in 1986, and the local authority allows for white, red and rosé wine production. The DO has seen many evolutions over the years, including the addition of new international varieties, more modern techniques and the creation of sub-regions.

The lay of the land

As Catalonia's most inland wine region, Costers del Segre is semi-arid, with a climate of extremes. There is a varied mix of soil and conditions in the seven scattered districts, and it is this mix and diversity that enables the Costers del Segre to boast one of the most versatile wine portfolios in Spain.

With a marked difference in summer and winter temperatures, the Costers del Segre has an overall continental climate. Vineyards are generally planted between 200 and 400m above sea level, as the region is largely flat, rising to the north towards the Pyrenees. Rainfall is scarce across the region, and fogs hang heavy throughout winter. 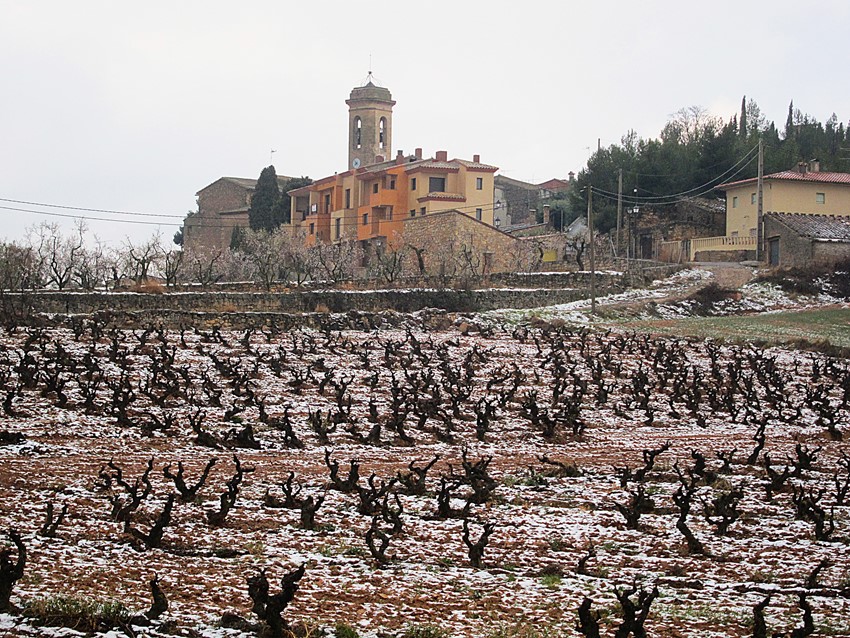 The town of El Vilosell – home of Tomàs Cusiné – has less than 200 inhabitants and is full of charm, with its cobbled streets and exposed stone buildings. Apart from walking through the streets in the old part of town, you can also visit the Baroque church of Santa Maria and the hermitage of San Sebastian (18th century) next to the wayside cross, or admire the landscape of the Serra de la Llena mountains from either of the town’s two viewpoints.

In addition to wine, the area is known for its Arbequina-variety virgin olive oil, cheese, almond and honey production, as well as for mushroom picking in the autumn. Many of the local traditional fairs and festivals relate to cuisine, such as the Quality Extra Virgin Oil Fair, the Honey Festival and, of course, the Wine Festival in Lleida. 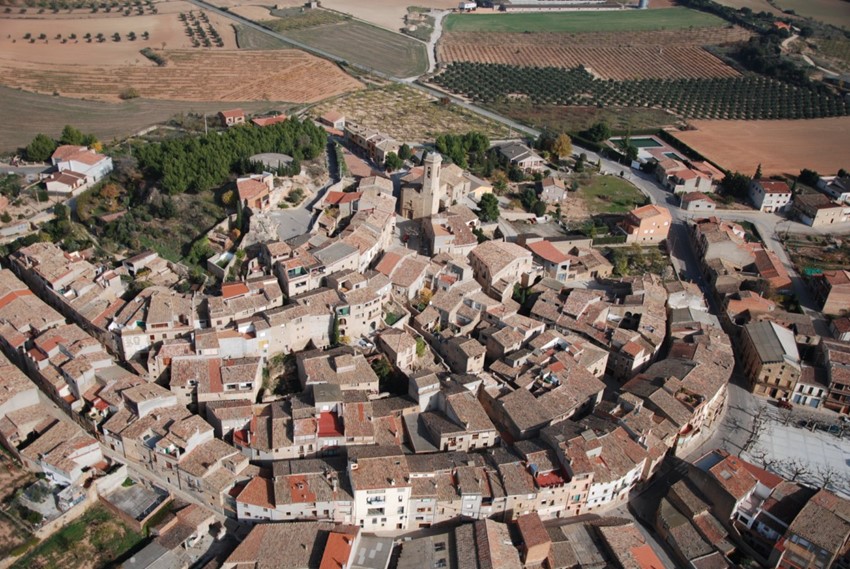 The Costers del Segre produces a wide variety of wine, including Tempranillo, Cabernet, Sauvignon and Merlot, and increasingly Syrah and Garnacha. The main white grapes include Chardonnay, Sauvignon Blanc, Albariño, Riesling and Macabeu. Many of the cooler vineyards are used for producing grapes that will end up in Catalunya's Cava wines. The drier, warmer areas are home to the Spanish favourites Monastrell, Tempranillo and Garnacha, while the regions have also had great success cultivating international varieties, namely Pinot Noir, Merlot, Syrah and Cabernet Sauvignon. 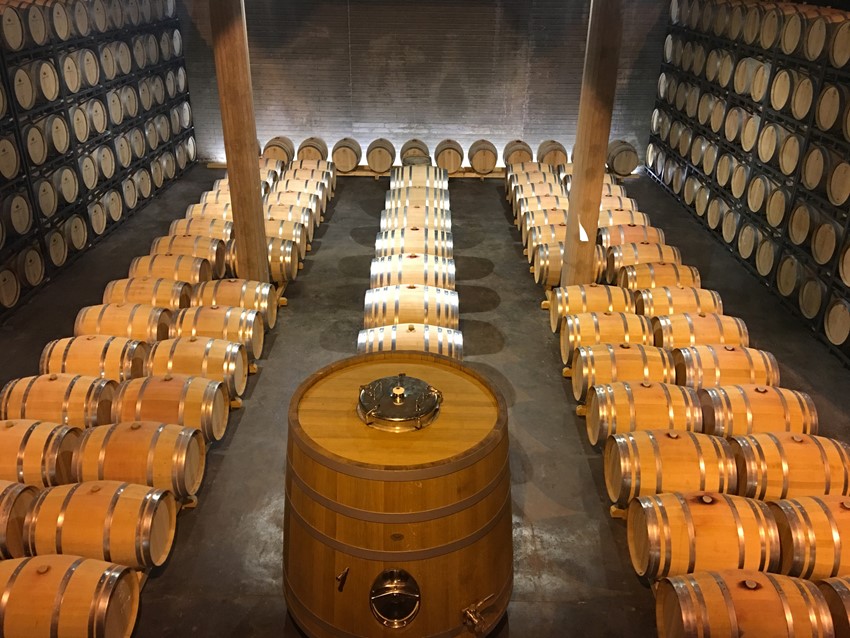 Winegrower, winemaker and entrepreneur, Tomàs Cusiné Barber owns the wineries of Tomàs Cusiné, Castell del Remei, Cérvoles Celler and Cara Nord. In the foothills of the Montsant range, in 2003, Tomàs decided to undertake a personal project under his own name, in the village of El Vilosell.

The 30ha of vineyards at Tomàs Cusiné are managed organically and sustainably. Only organic compost is used, tilling between strains and preserving the soil’s vegetation cover. In addition to these 30ha of vineyards, Tomàs also works with a further 70ha that belong to wine growers in the same region. 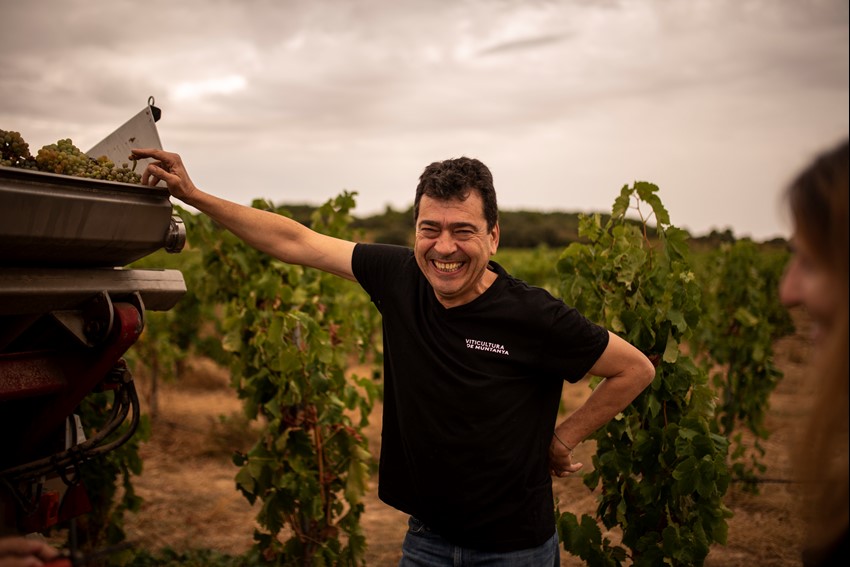 The different plots have varied slopes and sun exposure, taking advantage of a very mild climate despite the other harsh characteristics of the area itself. Thanks to the influence of the dry morning winds from the west, along with the more humid winds from the sea that blow in the evenings and cool down the air, the thermal contrast between day and night is increased.

Located more than 700m above sea level, these plots benefit from a sufficient level of rainfall that is needed for high-quality winegrowing: an annual average of between 380 and 600mm. The texture of the soils is loamy (silty-loam, sandy-loam), with different amounts of gravel. This set of unique conditions favours a slow maturation of the grapes, with late harvests that contribute to optimal high acidity, thick skins, smooth tannins and a remarkably intense colour of the wines.

Tomàs, who is today President of the Appellation Costers del Segre, wrote the following in a blog titled Viva la revolución. “When I was still very young, I enjoyed working in the fields, in the countryside. When, in 1982, my father embarked on a risky but crucial step in his career and bought the historic estate of Castell del Remei, my life took an unexpected and decisive turn. Inadvertently, grapes and wine become part of me, an unknown world that I wanted and needed to discover.”

He continues: “…The knowledge I gained through experience pushed me to do things as I felt was right. I knew intuitively that we had to go beyond the established precepts and methods. I felt the call of the terroir, of higher altitudes and mountains. Over the last fifteen years, wine has evolved into something less academic, more unorthodox, eclectic, heterogeneous, non-conformist, passionate and magical.” 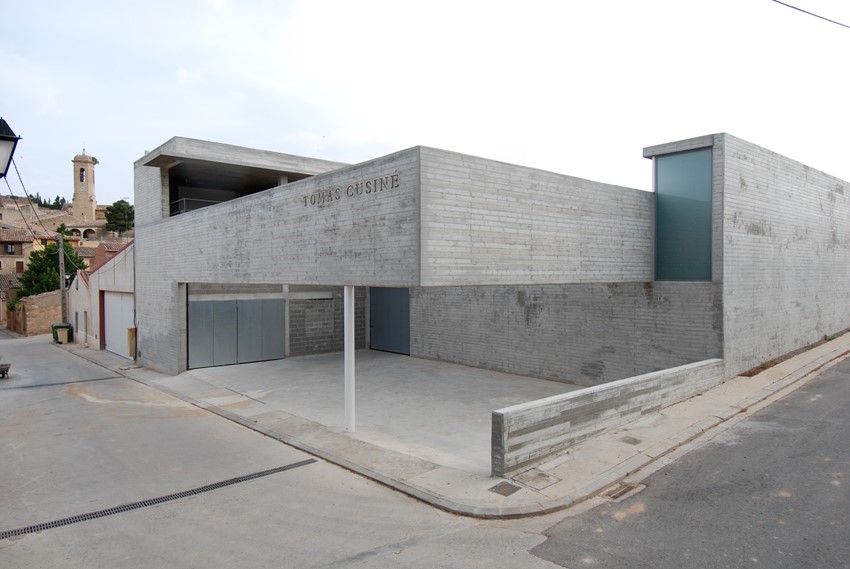 “We're not mere managers of the vineyard; we become a part of it and we need to understand its needs. Helping vines to root in the soil and, in so doing, to produce their fruit. There's no longer any doubt; organic, biodynamic, regenerative... these practices have won the day and viticulture has moved much closer to the environment, to nature and the cosmos.”

“Yes, there is a new generation of young people addicted to the land and the internet, well-read and travelled, trained and educated, multicultural, multi-approach and unapologetic, who blatantly break the mould while starting a new wine revolution in this country when the previous revolution has yet to end.”

Tomàs and his team crafts incredibly fresh wines by using different grape varieties and mixing early picked fruit with riper berries harvested later. With a phenomenal attention to detail, the labels are as eye-catching as the wines are delicious.

Visit Bibendum Wine Online to buy any of these Tomàs Cusiné wines.